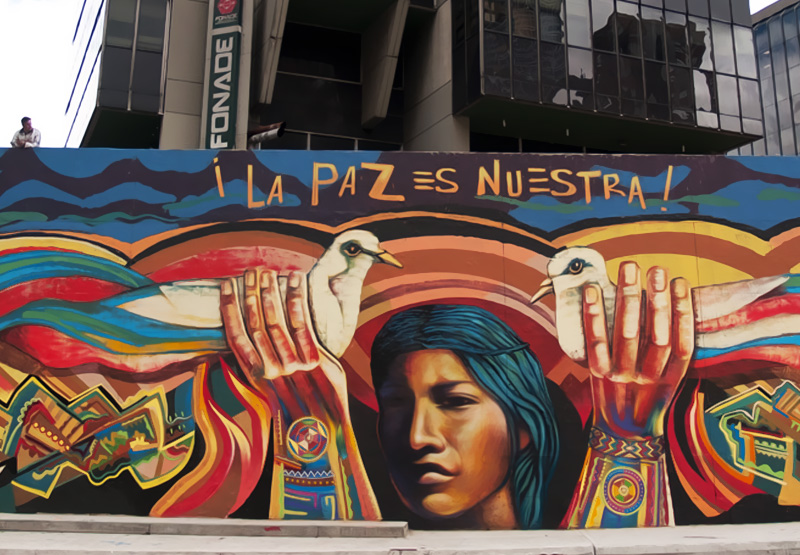 Key to the understanding of repression and resistance in Colombia

Albetro Pinzón is doctor, anthropologist an essayist. He was member of the Comisión de Notables and took part at the peace talks between the government of Andrés Patrana and the Fuerzas Aramadas Revolucionarias de Colombia (FARC-EP). As a member he advised both parties to gain progress in the negotiations. Currently he lives in exile in Germany.

Andrés Gil is head of Marcha Patriótica. He is a key figure of this organization and the social mobilization. He was one of teh founders of Asociación Campesina del Valle del Rio Cimitarra, (ACVC), which was one of the first areas for the rural population in this country with wich the rural economy was supported. The ACVC unites more than 30.000 farmers and earned the national peace price and the recognition of the United Nations. Andrés is also representative of Marcha Patriótica in the national summit for agriculture, ethics, and the people. This is an initiative of all agricultural organizations of the country, which leads the mobilization of the agricultural sector since 2014.